Thirty Reasons Why Today is Special

I woke up this morning next to a man in his thirties.  THIRTIES! 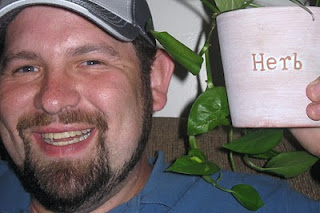 Yep, that's right, my prince charming is now officially a king.  Thirty years old and a papa.  I'd say he's beyond his prince prime, wouldn't you?

It's a special day to honor an amazing man's birthday, not to mention it's the 29th celebration of Herb living a year longer than the doctors expected him to at birth.  And furthermore, thanks to the wonderful world of adoption,  today is NOT needle-to-the-nut-sack day, as we had previously planned.

When Herb and I first began trying to start a family, we decided that if we didn't get pregnant on our own by now, after his 30th birthday Herb would get the testicular biopsy required as the next step in seeking out our own fertility.  Now you understand why Herb pushed for adoption, huh? And I'm SO glad he did!! 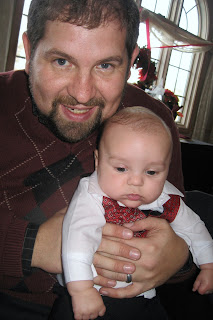 I am so thankful that we didn't go down the road of testing, and instead hopped aboard the adoption train.  Not only was it less physically painful for both of us, but we became parents far sooner than we would have if we had pursued fertility treatments {successful or not}.  And I truly believe Levi was meant to be our son, and if we had waited until now to try to become parents, we would have missed out on that opportunity.

So happy birthday to the love of my life.  I am so thankful for every year we have spent together, and every year God has blessed you with.  I am proud of your accomplishments, your careers, and your caring and protective attitude toward fatherhood. 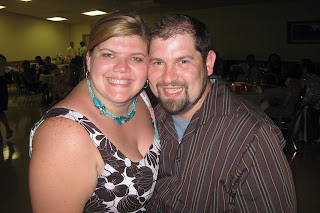 The other day Herb said, "You know, we pretty much got everything we could have ever wanted, didn't we?"

I pray that you get all the desires of your heart in the next 30 years, too.  I love you!
Email ThisBlogThis!Share to TwitterShare to FacebookShare to Pinterest
Labels: open adoption