Two Thousand Ten Round Up

Okay, I know you're going to expect me to say that 2010 was the best year of my life.

But, overall, I'm going to have to disagree and a lot of it sucked.  I am glad to be on this side of the year looking back, seeing that I survived, and knowing I'm stronger for it.  This year had to happen, and I am grateful for everything that took place, but I would not want to relive it {at least any day before October 12.  Since then, it's been all daisies and roses!!!}

January: Waiting For Dessert - The post in which I come to terms with the idea of contentment.


February: Tomorrow We Say Goodbye - In January and February we spent a lot of time with Jess and Isaac.  On February 24, Isaac met Jesus.  Jess is one of my favorite people in the whole world, and if you haven't been to her inspiring blog yet, do yourself a favor and go there. 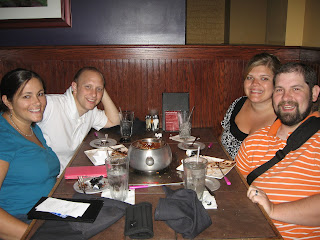 March: Spontaneous Parenthood - Our profile was shown for the first time in our home office in Lancaster, and the idea that we could become parents with only a few weeks notice really hit home.  Ironically, this was not our baby, even though we were only 2 steps away from the birth mom in the "Kevin Bacon Game," and we did actually end up becoming parents OVERNIGHT.  That's about as spontaneous as it gets.

April: Can't Wait To Meet You - This is the month when I actually listened to the words of the Michael Buble song that has been now overplayed on this blog, in my house, and in my head.  I should also mention this month my bestie-turned-sister-in-law announced her pregnancy. 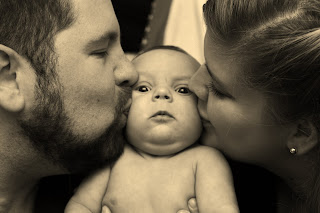 May: The Others - May was the month I met validation in the form of new friendships. I'm happy to report Brandon & Kristen received a baby girl this month!!

June: What Am I Waiting On? - Impatience and suffering seemed to be my M.O. in June.  I struggled with finishing well, and waiting on God's timing.  It wasn't all bad though - I celebrated my 26th birthday and our 4th anniversary! 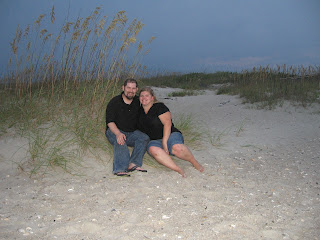 July: Tired Of - Laced with desperation, the month of July held a lot of tears, anger, and frustration.  Looking back, I can see that this was rock bottom.  This month was the storm before the rainbow.

August: Love Brought You To Us - Was this even a question?  August held two of the most joy-filled and incredible weeks of my life.  Preparing for OUR BABY!!!  Soaring high, I didn't sleep for days.  Notably, the end of August was not as pretty, but not the same kind of low that July held.  I truly learned that in every season, God is still God {an honorable mention post for August}. 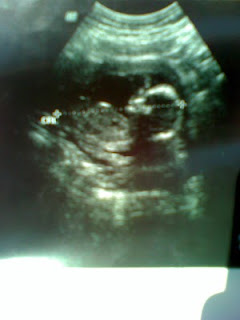 September: Pittsburgh - This is the month where we rebounded.  I tried to create a clean slate in my life.  I deleted pictures, I closed the door to the nursery, I poured myself into my job.  The climax of it all was when Herb and I gave SERIOUS consideration to relocating across the state.  God solidly closed that door, but we still love that city!

October: Homecoming - October brought us a new roommate and brought me a career change.  God is so good.  Isn't neat to know this was the plan all along? November: Thirty One - Here is our adoption slideshow/video.  This post also celebrates the end of the thirty day window before legal proceedings begin in our adoption case. 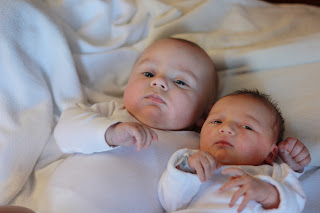 In summary, I have learned that if you ask God for "a really good story that is obviously orchestrated by HIM," you better be ready for a wild ride!!
Email ThisBlogThis!Share to TwitterShare to FacebookShare to Pinterest
Labels: open adoption