I have a super busy day today, so this will be quick! 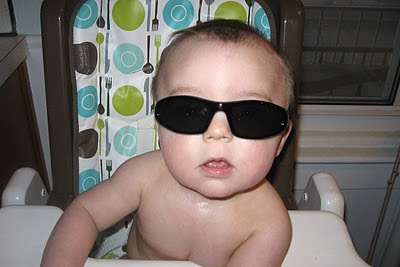 Last week, in addition to celebrating his Irish heritage (so I'm told), Levi also turned 7 months old.  Not a lot has changed in the last month...he's a stellar sitter, and is starting to figure out how to go from sitting to his hand and knees (uh-oh!).  If I put him on his hands and knees, he can stay they and rock for a while. 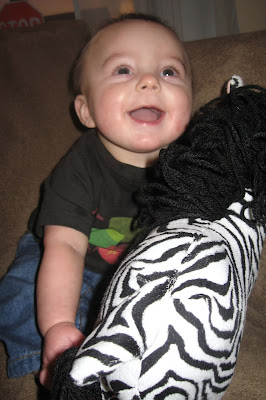 Levi has two front bottom teeth.  They don't seem to bother him too much. (Thank you, Jesus!) He eats at 8am, 12pm, 4pm, and 8pm.  He eats formula at each feeding, and a cereal, fruit, and veggie (once a day for each with a bottle). 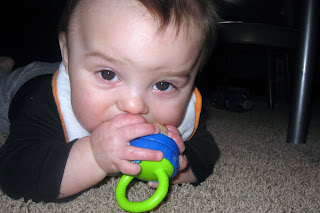 We're still working on the nap situation.  Some days are wonderful with 3 one hour naps, or 2 two hour naps, but some days, it's 1 one hour nap and that's it.  I am reading a somewhat controversial book right now, but am hoping it gives me advice on that situation. 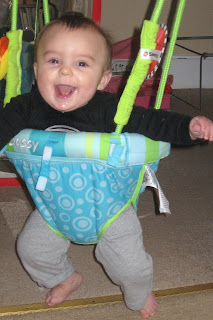 Levi still loves being in public and seeing what is going on everywhere.  He will let anyone hold him, but when he’s sleepy or fussy, he’s begun reaching for mom.  (Be still my heart!!!) He is full of smiles and laughs, and is even laughing now at things that don’t include being tickled, such as making a funny face at him. 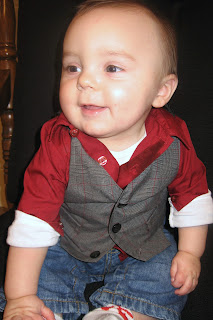