Today Levi is 14 months old.  And although I said I was not going to do monthly updates anymore, I realized since his birthday and the craziness that ensued over the next few weeks, I have not recorded a number of milestones that I don't want to forget. 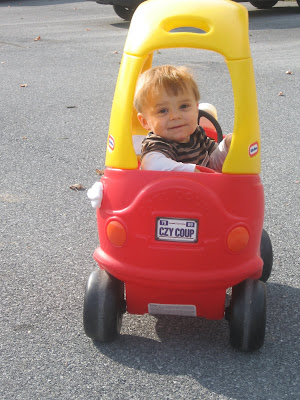 Levi started walking the day before his first birthday.  He took two steps alone and then decided it was too much work.  Around the end of September he started being able to take four or five steps, but still favored crawling to walking. 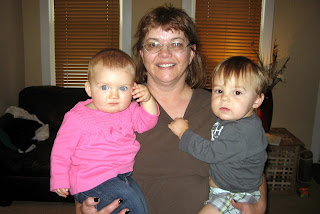 His younger cousin Joelle started walking when she was 8 months old, and so I think seeing her helps keep Levi motivated.  At this point he walks awesomely just holding my hand, and tonight walked really really fast all the way from his changing table to the bathtub (he still loves water!). 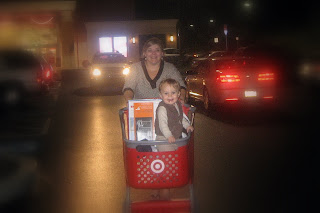 He started really babbling a couple of weeks ago, but it wasn't until moving day that I realized sometimes he is actually saying words, and it's not just a coincidence...
Melody was watching Levi the night we moved crammed our furniture into the new place.  During dinner she said, "Chris can you pass the bread?" Excited, arms flapping, Levi exclaimed, "Bread, bread, bread, yeah!!"  So, I'm going to count that as his first word.  (13 months old) 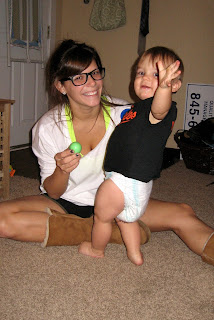 He pretty consistently says hi, bye, bread, juice, daddy, mommy, baby (whenever he sees a picture of himself), cheese (as in the picture taking, not the food).  Some other words I'm pretty convinced he's said, though only once, were Josh, Jocelyn, red, and Grandpa. 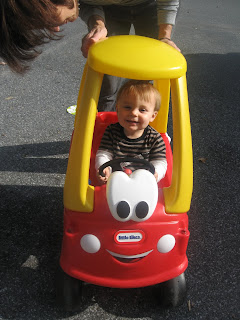 Levi is ALL about playing outside in his Cozy Coupe.  He hasn't figured out how to make it go by himself, but that's not an issue since there are several neighbor kids at the new place who love pushing him around our parking lot (oh yeah, we have a parking lot!). 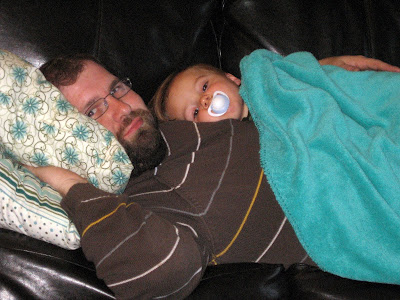 He had his first major fever two weeks ago.  After several tests and a doctor visit, the only thing we can chalk it up to is teething - apparently canines are way worse than molars for this little guy.  He was consistently rocking a temperature of 102 for four days, and one night it even spiked to 104! 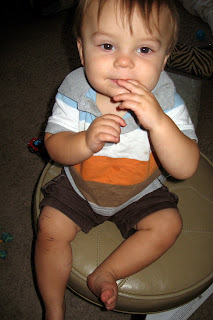 He has learned how to scribble. Look at his leg in the above picture. Enough said.
And finally, I need to record this for future embarrassment and black mail - Levi giggles when he gets baby powder sprinkled on his man parts. 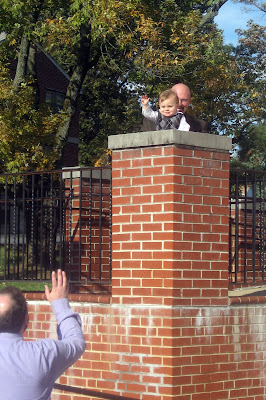