When Both Shoes Drop

Except for the so-fun weekend, last week royally sucked.

First, on Tuesday, we had to evict our tenants.  Not only do I feel like a big jerk for evicting a single mom with a bunch of kids, but I am ticked because of the mess they left behind.  Such conflicting emotions. 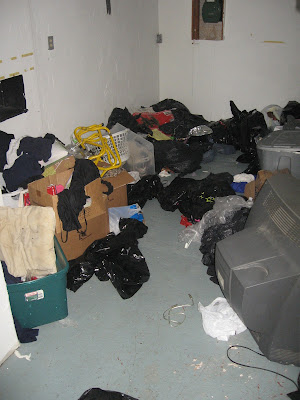 The pictures don't really do it justice, but there is trash, dirt, grime, junk they left behind everywhere.  The silver lining is that nothing really needs repairs - just lots of cleaning.  Which is not my idea of a good time. 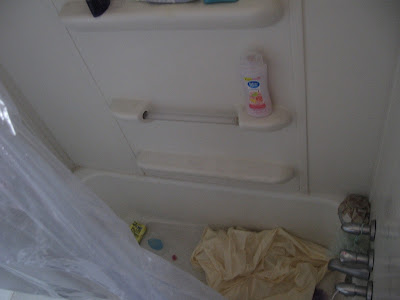 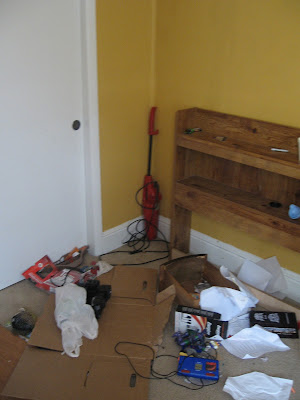 Wednesday, Levi and I worked our tails off cleaning up the mess at the house.

Thursday, I went to my car, arms loaded with Mother's Day gifts to ship, and when I turned the car on, it made a sound like nuts and bolts in a blender.  Not good.  My friend Lynne was watching Levi, so I borrowed her car, stopped at the post office, and went to buy oil for my car.  When I got home and checked the oil, it was perfectly full, and yet the blender sounds were still happening.

I tried to drive the car from one parking spot to another, and in that short distance all the power and brakes basically gave out.

We were thinking worse-case scenario some belt but have broke and now we'll have like (gasp) a $500 repair, which would be awful because we shelled out $1,000 recently to have the car inspected and serviced.

When the service man called, he sounded like he was choking back the tears and giving me a terminal prognosis.  He used words like explosion, catastrophic, and I'm so sorry.  Repairs, which included a new engine, would ring in around $5,500. 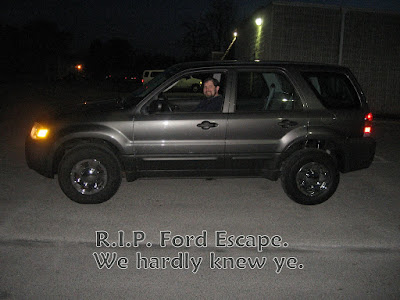 Oh my.  This was our "good car."  The one we (responsibly) bought used with low mileage after hours of research.  We paid for it mostly in cash and had the balance paid off about a year later.

And of course, between the bum tenants and the recent car repair bill, we had NO money saved for a new car.  Eeek.

I know in the grand scheme of life, a messed up house and a dead car are not major things, but it sure felt like my world was crashing around me last week. So today I am going to work more on cleaning up the mess that used to be called our house, and tonight we are buying a car.  We're going to have financed our first car, which I never wanted to do, but here we are.

If you have a chance, would you say a prayer for my stress level today?
Email ThisBlogThis!Share to TwitterShare to FacebookShare to Pinterest