Chest deep in ocean water, feet grazing the sand, waves softly hitting my shoulders, no one close enough to hear my voice or my thoughts except the one who created me.  There have been several pinnacle moments of my life where a heart to heart with God has happened at the beach.  And for this reason and all the other reasons normal people love the ocean, this is my special place.

The summer before I fell in love with Herb, it was there that I cried out my desperation, loneliness, and surrendered to God's plan for the man of my dreams.

A few years later, with a ring on my finger, as I walked along the shoreline alone, I begged God for guidance as the first hope fulfilled and I discussed the idea of starting a family.  I said, "Lord, I want nothing to do with this unless you are all over it."

Two more years passed after months of trying to conceive and walking down the path called adoption.  My heart was broken, my arms were longing for a child.  I sat at the oceans edge and literally shouted to the deep, "I'm ready.  Please."

God is so good to me. 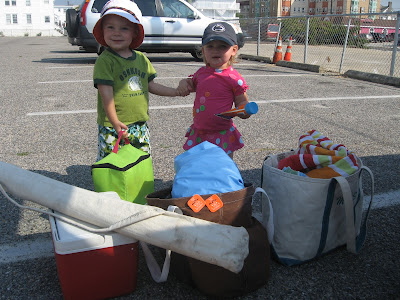 On Wednesday, the second hope fulfilled held his momma's hand as she introduced him to the greatness of the coast.  He held my shoulders and neck with a death grip, but squealed with delight as each wave cracked his back.  He yelled "Tooshie," over an over until I realized the waves had caused him to look like the Coppertone baby - tan line and all. 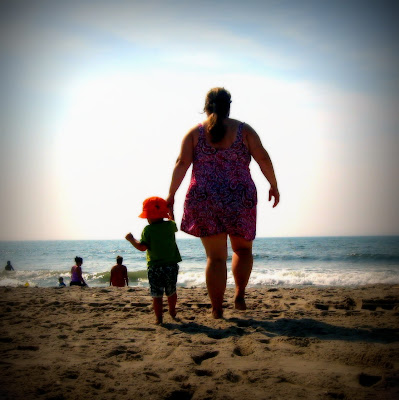 He picked up shells and called them rocks.  He chased birds and danced on the boardwalk. 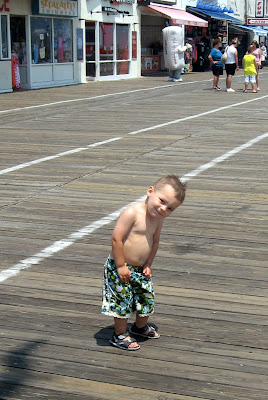 He played in the sand with his cousin (who is her mommy's hope fulfilled, too). 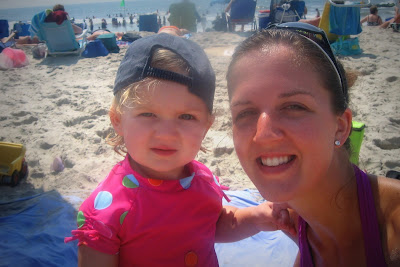 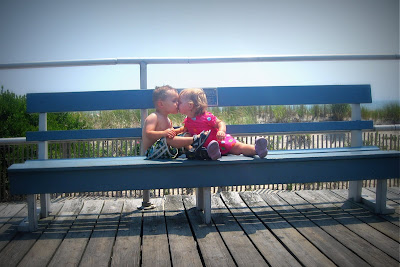 The day was short, but the memories are engraved on my heart forever.

In the days before Herb and Levi came into my life, I remember seeing other couples at the beach and wishing I had someone "holding me" in the water.  I thought it was a significant other  I was wishing for.  But then Herb came alone and hated the beach.  And really, who isn't disgusted by people "all over each other" in the ocean.  Just not appropriate.

But on Wednesday, I realized what I was longing for all that time was Levi.  Before I was even aware of it, God had planted the desire to be a mother. 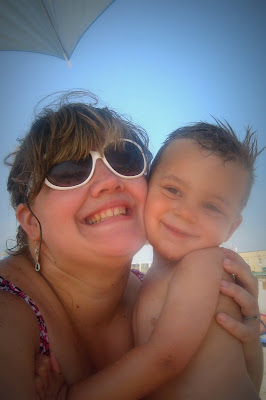 This week was a full circle moment for me.  Being a momma at the beach is a hope fulfilled. 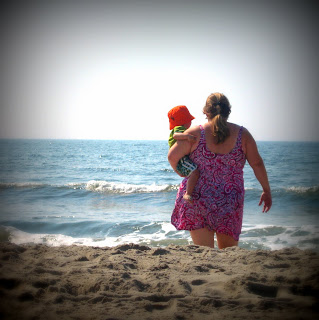