How I Spent My Pittsburgh Vacation 2012

The short version of this story is that Herb and his brother road tripped to New Hampshire to celebrate a 30th birthday and a band reunion.  While the men were gone, the ladies spent their days chasing kids and spending too much money (pittsburgh has such amazing shopping). The end.

Here are the pictures to fill in the rest of the story. 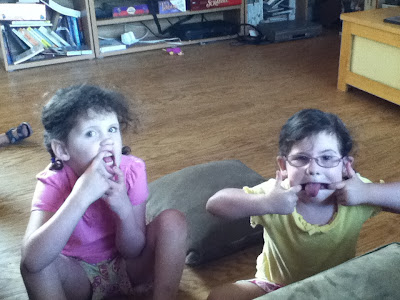 {And by the way, I think it really says something about the quality of my in-laws if I was willing to spend a whole weekend with them sans husband.  And you know my free weekends are few and far between.} 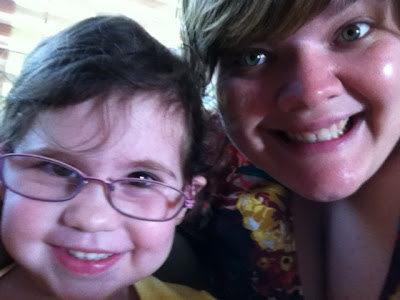 First, Cali and I drove in the car for many hours with a baby and a toddler.  They did a pretty good job in the car and we only made one stop.  Success! 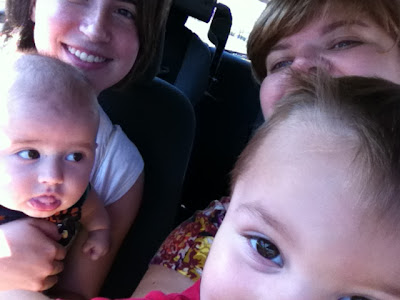 Uncle Josh and Aunt Sarah both turned 30 this summer.  Since Josh and Herb got to celebrate all weekend, the least we could do is take Sarah out for a girls night.  After Grandma and Grandpa arrived to take care of all four (!!) grandkids, my two sister in laws jumped in my car and to Ikea we went.  It was Cali's first time! 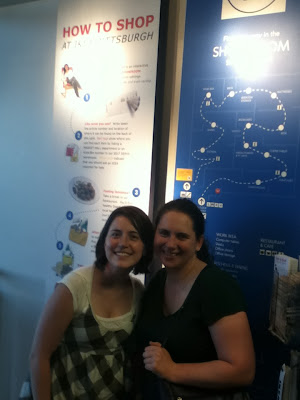 I also gave Sarah a little gift - a wristlet made from this tutorial.  This might officially be my new favorite thing to make.  In fact, I have started another one already!! 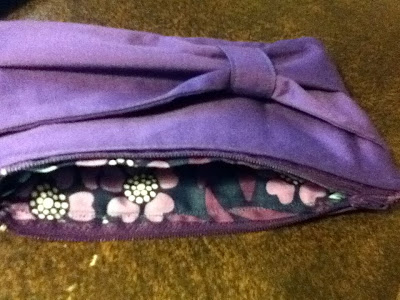 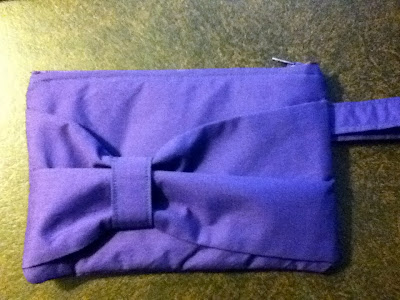 On Friday (day 2), the four kids and five adults took on the Pittsburgh Children's Museum.  It was amazing.  I was really bummed Herb missed out on that adventure.  If you're ever in Pittsburgh, it's a must-see.  I had to drag Levi away from each exhibit/station to try something else.  I think he could have played there for two weeks straight without coming up for air.  His favorites were the train station, the painting station, and the water room.  Although the nuts and bolts held his attention for a long time, too. 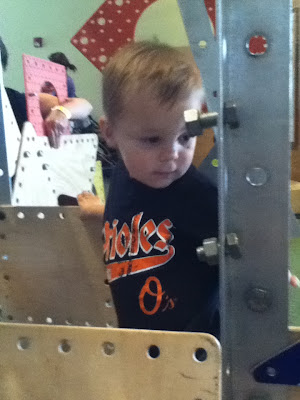 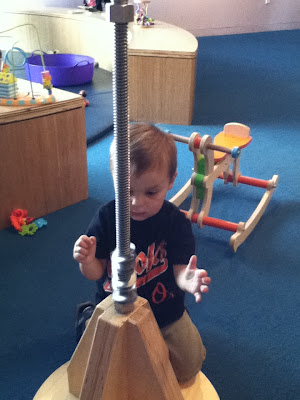 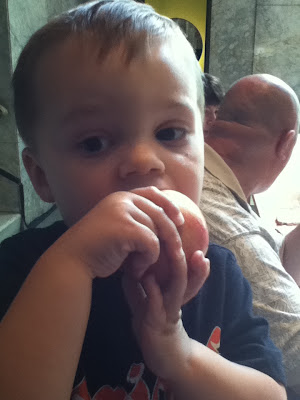 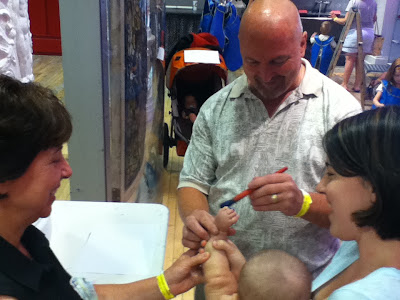 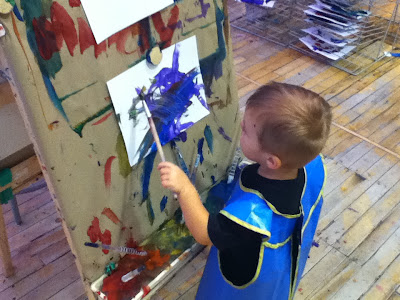 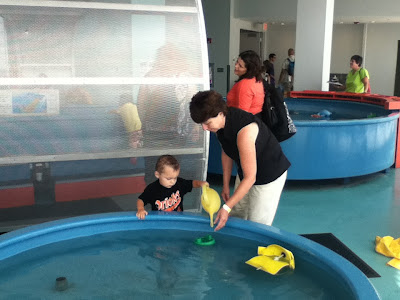 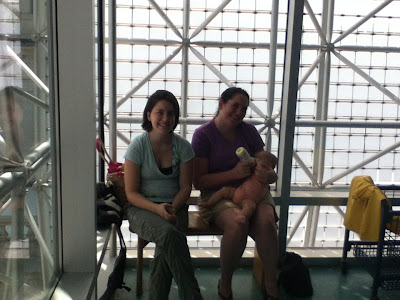 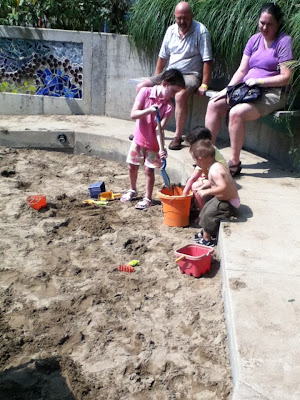 On the day of the museum, we got home at 5pm, and of course, no nap had been had by Levi.  In my mom delirium, I thought no nap meant he might go to sleep at 7pm.  So we had an early bath time and then headed to bed. 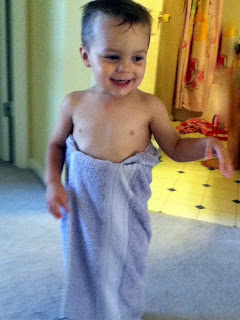 After two hours of fighting him to lay down in the queen size bed (no crib made this tricky), I finally took him for a drive, bought myself some consolation ice cream and he was out in minutes.  He's totally a bed hog. 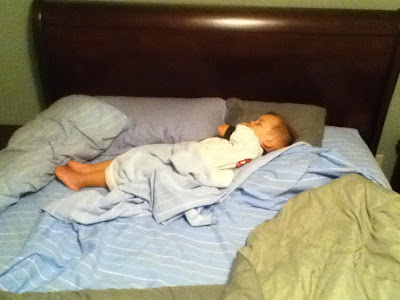 Of course, having two girl cousins means playing with some non-manly toys and princess-y diapers.  But see - a train is making an appearance in the doll house, and at least the diaper is being rocked by some saggy shorts and a ripped upper body (ha!). 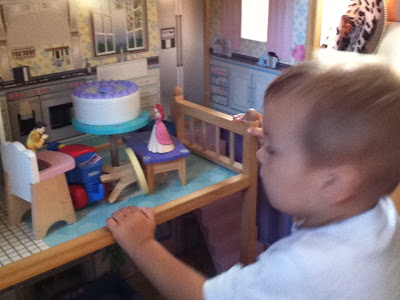 Finally, this morning we all fought the crowds and grabbed soem incredible deals at the Grove City Outlet Mall.  Mostly, Cali, Sarah, and I shopped (what we do best?) and the kids played on the playground with some very generous and helpful grandparents. 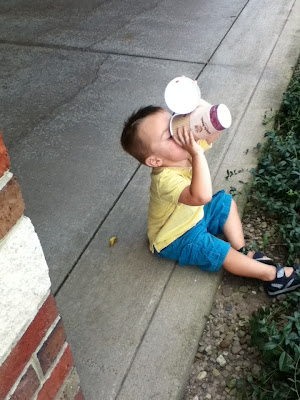 This picture probably explains why, on the five hour drive home, Levi only crashed 1 hour from home.  Thanks for that, Grandpa. 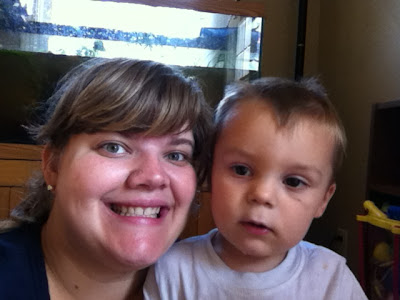 I had an awesome weekend, and I know Herb did too.  But boy did I miss him. I do not like being away from him for three nights in a row (I think this is our longest to date), and I kept thinking how much fun we'd be having, together too.