From Spin the Bottle to Diapers and Bottles

It's hard to believe a decade has passed since we stayed up late gabbing about boys and fantasizing about prom.  We talked about the Juliana Theory, college plans, dream jobs, and husbands, but we never talked about kids. 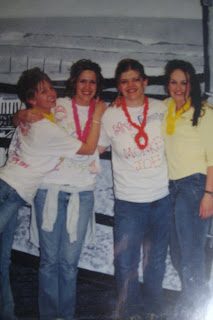 {Post Prom 2001}
Back then, you know in the early 2000s, a fun night was a 10pm trip to Wal-Mart. We were sworn to secrecy about that time we played spin the bottle and each had our first kiss (oops, not a secret anymore). We played truth or dare and watched chick flicks. 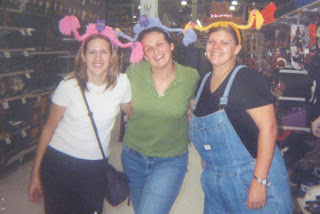 {Midnight at Wal-Mart, 2002}
These are the same gals who surprised me last year with a baby shower after a particularly rough week, while we were in the midst of waiting for a match. 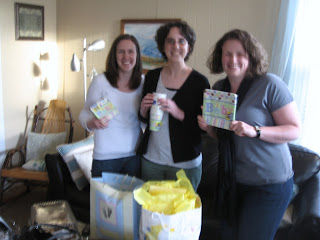 {Baby Shower 2010}
And now, here we are, just a year later.  Ashley had Tristyn in December and Steph is baking a baby girl due in September (Megan, you're next!). 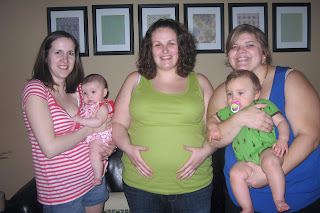 {Mommas! 2011}
I think it's funny that we never talked about our dreams for motherhood, yet here we all are with kids born within about a year of each other. We don't all get to see each other more than about 2 or 3 times a year, but when we do, it's like we haven't missed a minute.  I love those kind of friends.  I love these friends.
When did we all grow up?!
Email ThisBlogThis!Share to TwitterShare to FacebookShare to Pinterest
Labels: cute kid