My friends Joan and Jon are notorious for having amazingly awesome and hilarious Christmas cards.  Do yourself a favor and check them out...

After I blogged about my free Christmas cards from Tinyprints, Joan emailed me to volunteer her hubby/photographer extraordinaire to take our Christmas pictures.  Armed with a great photographer, magnificent assistant, and a camera that pretty much would cost a year's salary, where do you think we took the pictures?  Here of all places (I can't even bring myself to actually write the word.) 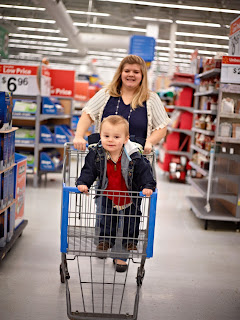 Joan, the brains behind the plan, suggested that Levi could eat a cookie (in focus), while Herb (dressed in a Santa hat) and I kissed by a tree (out of focus).  To set it up, Levi was standing in a cart, we kissed by the tree.  We couldn't stop gigglin (I guess PDA isn't our thing), and it was almost impossible to capture Levi eating a cookie while Herb and I were kissing, no customers were trying to get by, and all the stars were aligned. 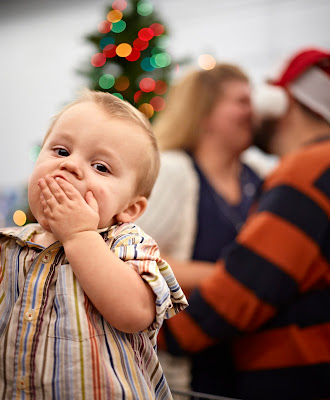 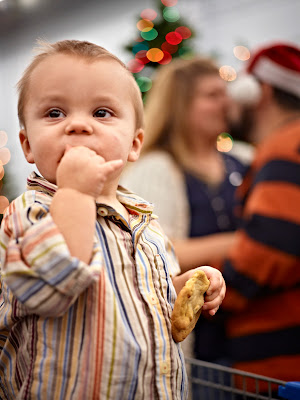 This was as close as we got.

In the meantime, Jon and Joan managed to capture several other adorable pictures of my kiddo! 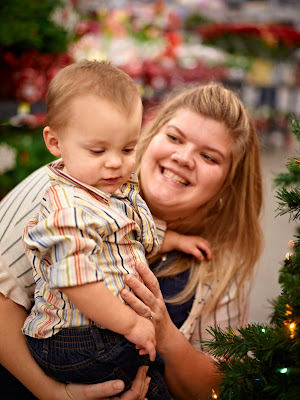 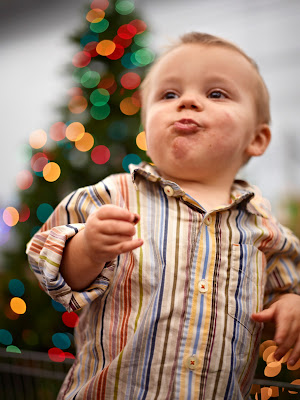 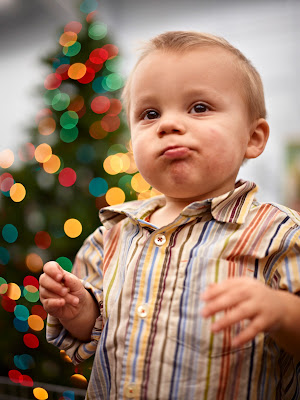 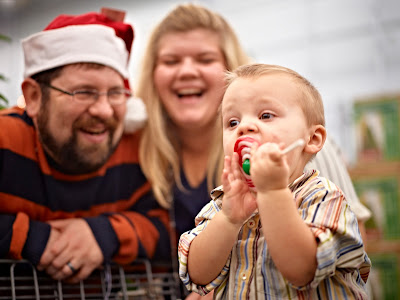 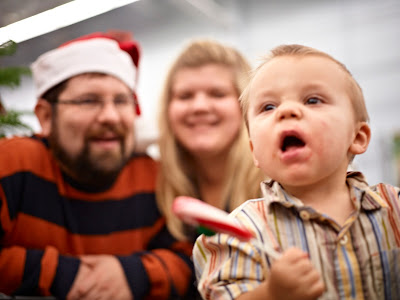 Check back tomorrow to see the final product...
Email ThisBlogThis!Share to TwitterShare to FacebookShare to Pinterest
Labels: cute kid, DIY