Today I ran two miles. It's a big deal.

Actually, it's a big deal times forty.  Because two months ago I could barely run for a minute without wanting to die.  Today I ran for forty minutes straight.

Melody and Jess inspired me...and then with some convincing from the former, I signed up for the Run or Dye 5K.  It's in Philly, in June.  It was February when Melody first proposed it, and I laughed it off.

I've been using a couch-to-five-k training app, and a few days ago I hit a big milestone by running my first complete mile and also running for 20 minutes straight.  A big chunk of time for me.  Then, last night before bed I realized I actually was looking forward to my run this morning, so I laid out all my clothing and got up with enough time to spend 45 minutes exercising.

I did my five minute warm up walk, and then I started running.  Ten minutes passed, and then twenty, my former personal record, so I kept going.  I wondered how long I could make it.  By the time I hit thirty-five I realized if I could make it a few more minutes, I would reach the two mile marker.  I was tired, but I was excited.

I don't know why two feels so special to me.  I guess I've always thought two miles is a nice amount to walk or jog on a regular basis, you know about thirty minutes, but yet it seemed so unattainable.

And now, a photo montage...

February 2013 - The first time I exercised for the sake of exercise in two years. 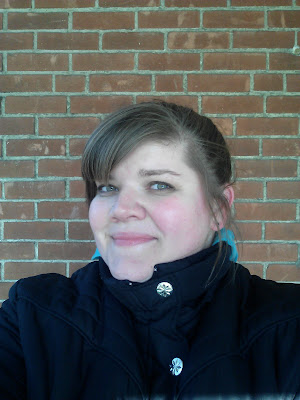 March 2013 - Getting into interval running training.  One minute at a time.  Surprisingly, not hating it. 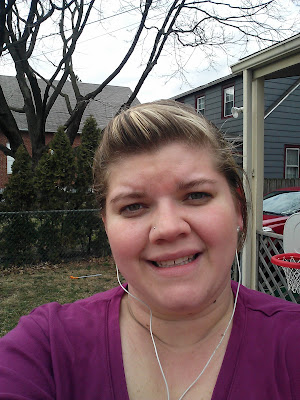 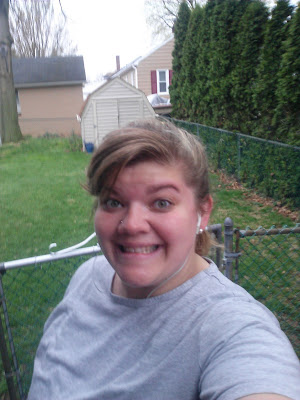 April 21, 2013 - The first time I ran two miles. Note to self - don't pin back the bangs and take pictures of myself without a shower before 7 am. 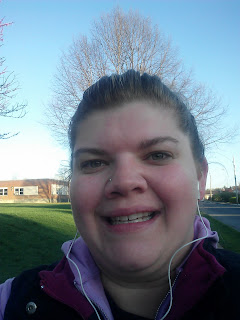 Email ThisBlogThis!Share to TwitterShare to FacebookShare to Pinterest
Labels: getting it together, Growing up, hope fulfilled