Love Is A Verb

Herb is the kind of guy who says "I love you," no less than three times a day.  When he wakes up, when he goes to work, when he gets home, when we go to bed, and sometimes whenever we leave the room.  Okay, so that's closer to five. 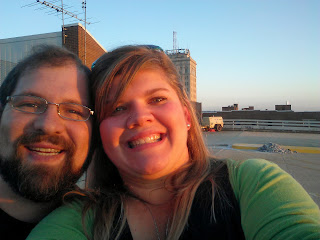 Which makes it funny to think back a few years to when Herb and I were dating and how I was literally scandalized by the fact that he wouldn't say "I love you."  In fact, we dated for 9 months, broke up for 2 months, and were back together for 2 months before I heard those words out of his mouth.

We were discussing this the other day and he said, "I really waited that long?"

I should also mention that when we got back together after the break-up, it was under the pretension that not only was our relationship leading to marriage, but yes, indeed, we were planning to get married to each other.

As much as I was borderline traumatized/annoyed with my boyfriend/soon-to-be-fiance/future-husband at the time, he was wise beyond his years.

I read an article today that was floating around facebook, "I Didn't Love My Wife When We Got Married."

"And now, as I'm a bit older and a bit more experienced with this relationship, I've finally come to realize something. Something I haven't wanted to admit for a long time, but is undeniable.

I didn't love my wife on that second date.

I didn't love her when we got engaged.

I didn't even love her when we got married.

Because love isn't an emotion.  That fire I felt, it was simply that: emotional fire.  From the excitement of dating a woman I felt like I could marry.  But it wasn't love.

No, love isn't an emotion or even a noun.  It's a verb.  Better defined as giving.  As putting someone else's needs above your own."


And really, how much sweeter was that first "I love you," from Herb when it finally came one cold February night as he dropped me off at my apartment following a Wind Ensemble rehearsal? 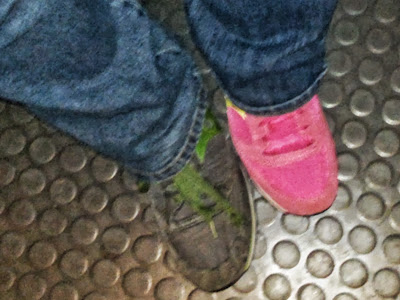 P.S. I'd also like to add that love is being an "old married couple" who wears matching sneakers on date nights.  #we'resoneardy #we'resohappy #jazzpros
Email ThisBlogThis!Share to TwitterShare to FacebookShare to Pinterest
Labels: Herb, love story